Anatomy of the ear

The ear is the organ for hearing and balance.

There are three parts to the ear, all of which help with hearing:

Your doctor can readily look at the external ear and eardrum with a small scope. The middle and internal ear needs special scans to be seen.

The ear canal (or external acoustic meatus) is a passage that connects the ear as you see it to the eardrum. The first third of this passage is made of cartilage, and the remainder is part of a bone in your skull. This passage is covered with skin and has cells/glands that produce earwax (cerumen).

The eardrum is a thin sheet that separates the external and middle ear. One side of the eardrum is covered with skin, while the inside is covered by an inner membrane. If you look at your ear through a scope, you may see a white bulge in the middle. This is the first of the bones of the middle ear.

The middle ear is like a box, lined on the inside by an inner membrane. The roof and the floor are made of bone. When you look at the ear side-on and down the ear canal, you will see the eardrum, which makes one wall of this box. Still looking side-on, the left-hand wall (behind your external ear) is connected to a space called the mastoid antrum. This is made of air-filled pockets within bone and is also lined by the same inner membrane as the rest of the middle ear. The right-hand wall (in front of your external ear) is connected to the throat by a tube, which helps to balance pressure inside the middle ear (when you ‘pop’ your ears).

The far wall, opposite the eardrum, separates the middle ear and internal ear. The eardrum and internal ear are connected by three small bones: the malleus, incus, and stapes. They are sometimes called the hammer, anvil, and stirrups, based on their shapes. There are small joints between the three bones, which allows the bones to move but still be connected. The malleus connects to the eardrum, while the stapes is joined to the internal ear.

The malleus and stapes are each connected to a small muscle. These muscles help make sure the bones don’t shake too hard, which can be the case with loud noises.

The internal ear sits inside a hollowed-out part of the temporal bone of the skull. This hollow portion is divided into three – the cochlea, vestibule and the semicircular canals. All sections have some fluid in it (the perilymph) as well as a series of small ducts/tubes and sacs. The cochlear duct sits within the cochlea. Two sacs, called the utricle and saccule, sit in the vestibule and the three semicircular ducts sit in the semicircular canals. Inside these tubes and sacs is a different fluid (the endolymph).

Of these tubes and sacs, the cochlear duct is used for hearing, while the others help with balance. Each of these tubes and sacs are filled with small sensors that talk with the brain. The signals are taken to the brain by a large nerve, called the vestibulocochlear nerve, or the eighth cranial nerve 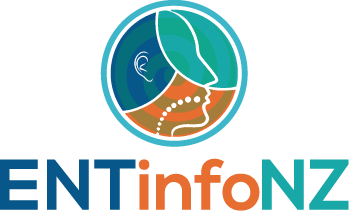 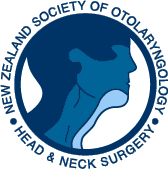